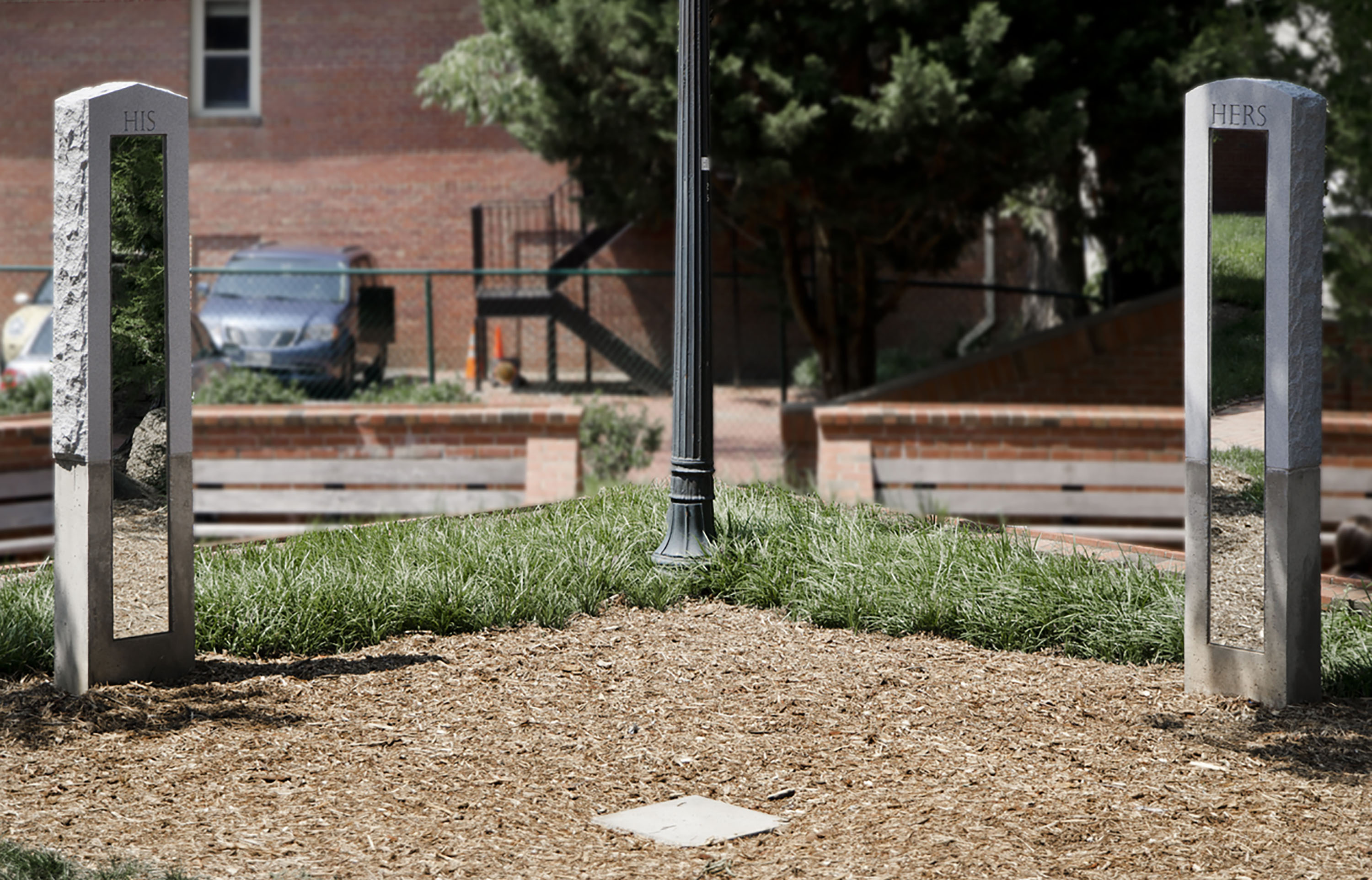 Within our society, sex and gender are terms that are often confused, but are in fact, sociologically distinct.  Biological sex deals with the genitalia, chromosomes and hormones, while gender refers to the expectations for how males and females should act.  Gender identity refers to how one identifies – woman or man, or neither or both.  As an artist that works with the concept of gender fluidity, I am interested in how these labels change (or stay the same) once the body has died.

His and Hers (Perfect Lovers) exists as a sculptural tombstone diptych composed of gray granite.  One stone is engraved with “HIS” and the other with “HERS.”  Almost all commodities are gendered these days, but it is not widely discussed.  I am fascinated with the idea that the body is still considered to be gendered once it has died, but in actuality, when the mind and soul (which dictate gender identity) are gone, the body is nothing more than its biological sex – it is no longer gendered.  The mirrors imbedded in the front of each monument are positioned so that when the viewer stands on the center headstone they are able to see their body in both His and Hers, but not at the same time.  This plays with the idea of gender performance and the subconscious influences we experience that inform the ways in which we carry ourselves in accordance with sociological expectations.  The backs of the monuments read “PERFECT LOVERS,” playing tribute to the life and work of the late Félix González-Torres.  His and Hers (Perfect Lovers) functions as a meditative space that is intended to influence sociological mindfulness.