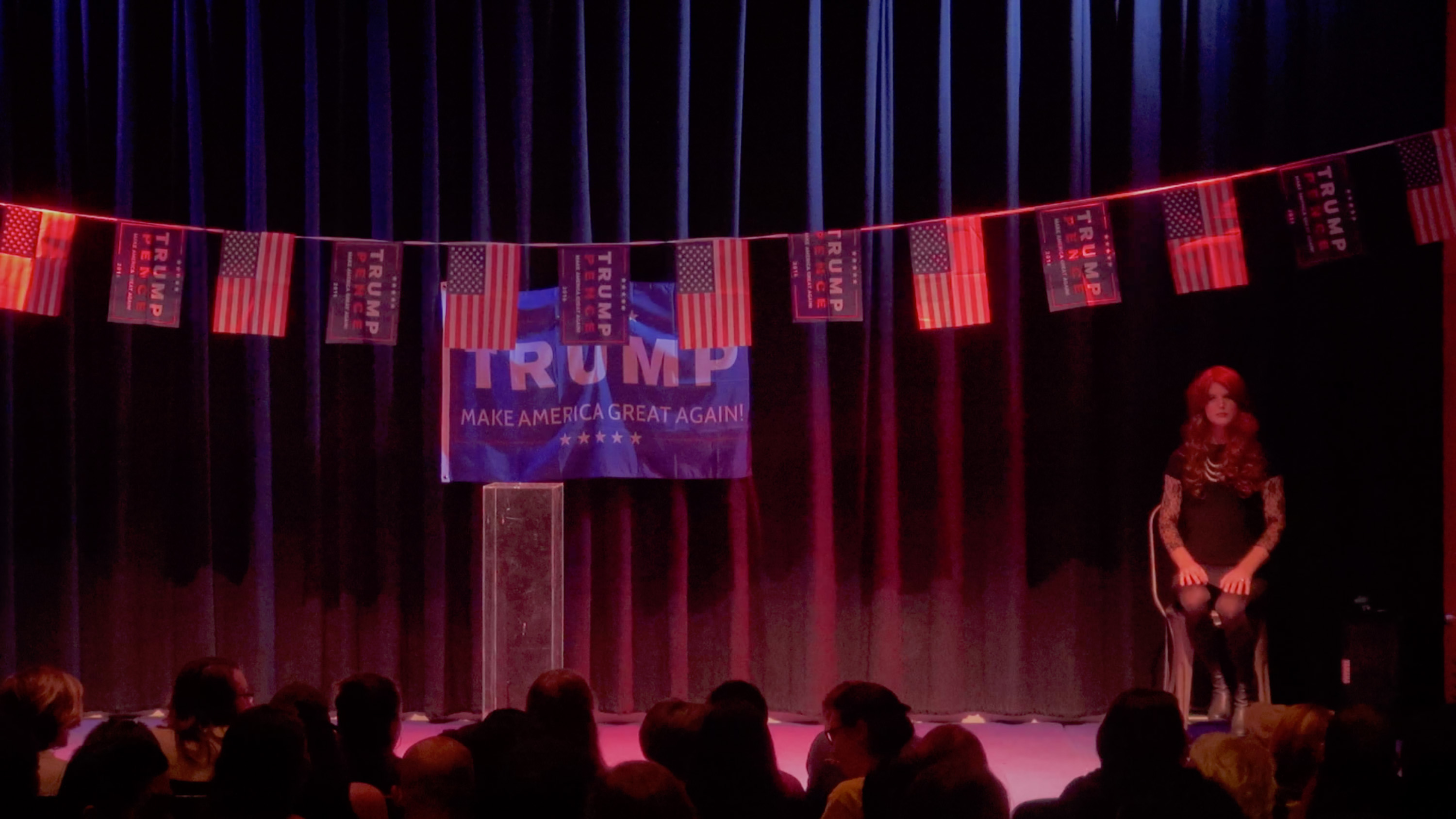 Melania Trump delivered one of her first public addresses of the presidential election during a rally in Milwaukee, Wisconsin on April 4, 2016. “I’m very proud of him,” she told the crowd during her two-minute speech. She exclaims, “he is a hard worker, he’s kind, he has a great heart, he’s tough, he’s smart, he’s a great communicator, he’s a great negotiator, he’s telling the truth, he’s a great leader, he’s fair.” In Presidential Address, presented at The Andy Warhol Museum, I performed her speech, but incorporated elements from Christina Aguilera’s “But I Am a Good Girl,” a song created for the movie Burlesque, where the protagonist flaunts her clothing, jewels, and properties. Towards the end of her speech, Melania declares, “as you may know by now, when you attack him, he will punch back ten times harder,” issuing both a threat and her endorsement of the violent tendencies of her husband’s diction.